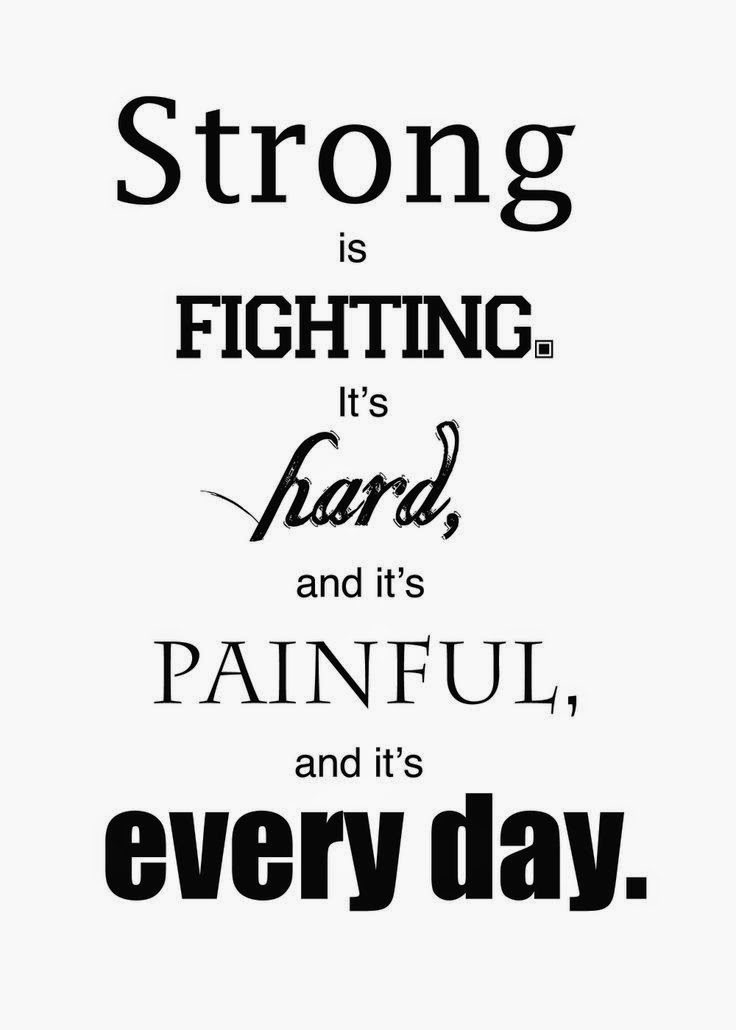 Oh no, it's one of those blogs.  Motivational quotes, gaaah, run away!  No.  I've been watching a fair bit of Buffy while conquering my ironing piles recently (God how a two and three year old make washing pile up fast!)  I love this quote though, we may have a lack of slaying vampires, but we still all have our challenges to overcome.  For some of us those challenges seem trivial, but they are challenges nonetheless.  I've learned in the past few days that working hard and keeping at those difficult things we need to do to get places we want to be really pays off.

I haven't even compiled a to do list.  Very unlike me.  It's my thing!  I have mountains of blank notebooks just waiting for such an occasion.  But I know that if I start making lists of things I'll get so demotivated that I'll end up backwards and hiding in a blanket fort in bed.  But yes, definitely making progress!  It's all good!

One of the many things I've started focusing on is photography.  I recently (relatively to how often I blog - ha!) posted about photography but I've neglected it for around two months now which is terrible!  Here's my latest:

I don't often get time to pick up the camera.  It involves a fair bit of fiddling that I'm not used to, and trying to keep it out of the hands of the girls plus trying to actually get them to co-operate and stay still for a split second.  Still, I love the fact that I can get such meaningful photographs.  There's something so much richer and so much more depth to these photos than those I can take with my phone camera. 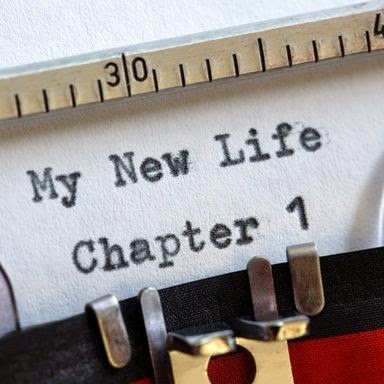 Have you ever wanted to start again?  I have, repeatedly.  Things go wrong for every one don't they?  And we get into a slump and just can't get ourselves out.  I'll hold my hands up and admit, things haven't quite been how I'd planned them lately.  Don't get me wrong, so much in life is amazing.  My family for instance.  I love them to the moon and back!  But it's about time to turn life around, live a little bit differently.  I'm not sure where my new adventure will take me, but it will be an adventure to remember.  Til next time! 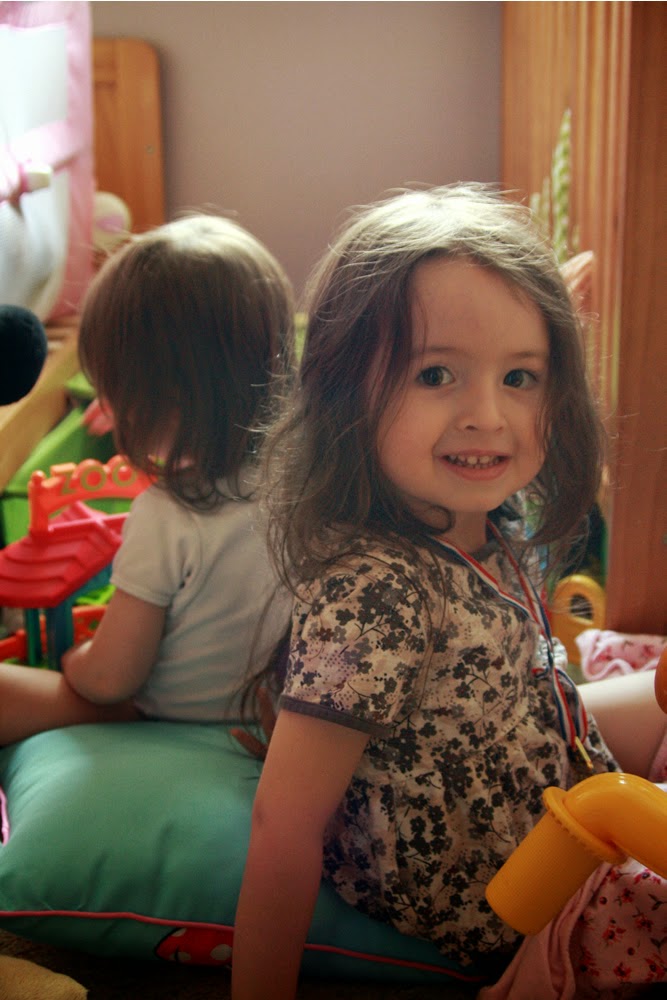 I took this of the kids playing in their room during the summer holidays.  We seem to do a lot of staying home these days, if we aren't off to preschool.  I can't even remember if I blogged about this already.  My memory is terrible lately, even down to forgetting or switching simple words.  I can't find a post about it so I'll go ahead and do it anyway.

My health has always been something I've taken for granted.  My only previous medical issues were during pregnancy - routine ones at that.  I had gallstones confirmed by a scan when Katie was tiny, but they never caused me any problems after that.  I've never been overweight, health was just never an issue at all.  And that's how I lived life.  I ate whatever, and did little to no exercise.  Life was fine the way it was.

Until I was ill.  I've had the odd cough and cold over time, they're nothing - especially to a busy mother - you just medicate and move on.  But God, nothing could ease the pain I felt through my body.  Everything was agony.  I could barely move for the pain.  Pain killers didn't touch it.  I lay in bed for about two or three days, moping, feeling sorry for myself, occasionally emerging to sit on the sofa and wince a bit as the kids climbed over me.  Then came the sickness.  Then the weakness.  I felt so ill.  There's no other way to describe it than that really.  It sounds so trivial when I say it.  I felt ill.  But it was like no cough or cold or flu I'd had before.

I can't even remember how but my mum ended up coming over to see how I was.  She took one look at me and insisted on going to A&E.  I was completely in denial at this stage, I thought it was a complete overreaction.  Asides from the fact that I had to take a sick bowl in the car and into the hospital waiting room, and she had to support me while I tried to hobble along.  I mostly expected the doctors at the hospital to turn me away and tell me to go to my GP or something.  But they didn't.

Something scared me in that little cubicle in A&E.  They pricked me with needles, took blood and ran all kinds of tests on me.  And then the doctor came back and his first words were, "is there anyone to take care of your children?"

I lay there on the bed kind of gob-smacked for a moment before telling him they were with Tom.  I hadn't even told them I had kids, the doctor must have seen it on my notes.  The doctor told me he wanted to keep me in overnight to do more tests and keep an eye on me.  It was my liver apparently.  This scared me more.  What I actually had seems so trivial compared to what I initially thought it was.  There's a history of cancer in my family.  I was convinced that it was my turn now.  I was petrified.  It just kept running around in my head again and again.  What about my kids?  What about our future?  We were supposed to grow old together.  Turns out this anxiety was part of the package deal.

I tell you, being wheeled through a hospital on a bed, lying down, is completely... I don't even know the word for it.  I felt like a helpless little child.  They wouldn't even put me in a wheelchair.  I had to lie down with little cot rails on the sides and be pushed to my destination by this burly dude who seemed to see me as a pile of boxes with office files or something haha.  It would be two hours before they came back with my test results.  My notes said "acute Epstein Barr Virus" aka Glandular Fever.  Yay for me.  I was released the day after but not until I'd had a drip hooked up to my right hand, scans ordered, a piece of toast and bled all over the floor from my cannula site (fun).

It's no biggie right?  Pfft, Glandular Fever.  Get back to work!  Yeah, uh, no.  It's four months later and here I am still struck down with the damn thing.  While my appetite returned about two weeks after my hospital stay (I lost half a stone in the meantime, how half my clothes don't fit), like many others who've had EBV I regularly get bouts of extreme fatigue bunched with all sorts of dark cloud feelings.  It's like a rollercoaster, back to normal, then down again.

And as lucky as I was, that it was only EBV, I feel robbed.  I'm not old, I'm 28 years old.  But some days I can't walk down the street.  Some days I can't get out of bed.  Some days I can't make it past 8:30pm without falling asleep.  Still, it's just another of life's hurdles.  What would life be if it wasn't for challenges?  It's just that, compared to my old, simple life - I have a little more to contend with now.  And I'll wear that like a badge of honour on those difficult days when I've not managed to do very much at all.

On the good news, last check my liver function is returning to normal, and I've decided to embark on a 100 day challenge to eat healthily and exercise to give my body the best resources for recovery.  Day 9 today.  It's killing me.  I really, really, really, really, actually REALLY want a KFC.
No comments: